“An attempt to access any family planning service from the St Mathews Hospital instantly changes the way a young woman is viewed by the community. Worse, those services are not even accessible because the hospital is a Catholic Church owned facility,” 20 year-old Thato Sello says.

She notes that the best place to opt for is the Lesotho Planned Parenthood Association (LPPA) clinic and pharmacies, which unfortunately offer the services at a cost.

Sello indicates that the discrimination endured by adolescent girls and young women in the communities of Mount Moorosi drives a wedge between them and elders.

“Our rights to sexual and reproductive health are trampled by the societal norm that suggests that when a young woman seeks family planning services she is loose,” Sello lashes out.

Her views epitomise those of both young men and women of the nearby communities.

With young people subjected to fear of accessing contraceptives, the number of unwanted pregnancies keep souring uncontrollably because those who are sexually active, fear to even get access to condoms for protection, the youth of Mount Moorosi says.

Coupled with the stigma, adolescent girls indicate that for those who have the strength to go to the health centre, they are often faced with limited access to contraceptives which at times comes at a cost.

“These factors affecting accessibility of contraceptives amongst young girls and women has resulted in increased numbers of early and unplanned pregnancies,” Sello says, adding that Mount Moorosi in the Quthing district is one of the areas reported to have the highest rates of early teenage pregnancy compared with other districts.

“We are still hugely discriminated against by our parents and worse, by the health professionals who in my view are supposed to guide us. Accessing family planning services should not be viewed as a sexual sin,” Sello charges.

She indicates that the only health center around Mount Moorosi, St Mathews Hospital, does not offer contraceptives.

“St Mathews is a catholic institution and due to the culture of the Catholics, they are not allowed to offer contraceptives,” she said.

Sello says access to any health services for a young woman is always put on a microscope by the nurses and communities accessing services at the health facility.

“The culture and strict character portrayed by our elders has affected our confidence in the system. As young girls, we normally worry about what other people will think of us when we use contraceptives because our communities have taught us that a girl who openly accesses birth control services is loose and open to having sex with whoever is willing, and that is not the truth,” Sello points out adding that for those who have money and opt to access family planning services at private facilities, “The very health professionals go around gossiping and telling whoever willing to listen that a certain girl was there accessing contraceptives.”

“…Some of their best question is ‘why are you resorting to the use of contraceptives when you are a young girl who is supposed to be abstaining? So this means you are sexually active and you want to continue your dirty behaviour?’ Those words alone are enough to drive one away from the health centres and this is our reality,” she says.

She further notes that myths around the use of contraceptives and a woman’s body is one reason most young women steer clear off contraception services.

“When one decides to use contraceptives, there is a saying that their bodies are going to be altered and there will be complications in the future when one decides to have children. The misinformation is communicated not only by community members, but by the very health workers,” Sello says.

“…So when one is going to LPPA, it is instantly concluded by community members that they are going to get family planning services. That perception is the right one because now young girls are reluctant to use contraceptives. It is unfortunate that they fall pregnant.”

Pokane indicated that, even though contraceptives help to reduce high unwanted pregnancy rate, he would not encourage young girls to use them due to their “side effects”.

“Contraceptives are said to have side effects. They are said to impact the girl’s body. It is said someone who uses them will struggle to have kids in the future. They are for married persons who already have kids and do not want to have more kids,” he said.

According to the briefing paper on the Right to Contraceptive Information and Services for Women and Adolescents by the United Nations Population Fund (UNFPA), adolescents frequently encounter significant barriers to accessing contraceptive information and services, leading to high rates of unintended pregnancy and increased risk of contracting HIV and STIs.

“Despite the Convention on the Rights of the Child’s recognition of the “evolving capacities” of adolescents to make decisions in matters affecting their lives, many states require parental consent in order for adolescents to access contraceptive information and services, which can deter adolescents from seeking necessary reproductive health services.

“Stigma around adolescent sexuality may similarly deter adolescents from seeking such services or may result in denials of reproductive health services, even where parental consent is not required,” UNFPA said adding that cost can also be a significant obstacle for adolescents, as they frequently lack their own source of income or control over their finances to be able to afford contraceptives.

“Young women and adolescents from urban areas have no problem of accessing family planning services and could be attributed, perhaps to their education level when compared to those from the rural areas.

UNFPA Reproductive Health Commodity Security (RHCS) Coordinator Tšeliso Masilo says stigma around the use of contraceptives is much related to misconceptions and misinformation.

“Young people feel stigmatised by the community thus are not free to use contraceptives because they are judged.

“It is believed that when young persons access family planning services, they are telling the world that they are open to sex and that is caused by the cultural norm that people who are sexually active are those married, which is not the case when looking at the statistics of unplanned pregnancies.

He adds that once a girl is married, she is faced with abiding by the beliefs of the mother-in-law.

“They believe misconceptions more and fail to realise the importance of having a well-planned family. Mothers-in-laws do not allow young women to use contraceptives citing that they want children and if the young mother uses contraceptives they will not have kids even in future,” he says.

Masilo narrates that the common misconception and misinformation around the use of contraceptives is that menstruation blood accumulates in the woman’s body thus making a woman infertile.

“It is said that contraceptives cause birth defects, disrupts current pregnancy, causes multiple births, and increases vaginal wetness. Pills are said to collect in the woman’s stomach while the IUCD irritates the male’s penis during coitus, all which are not true,” he says.

Masilo explains that the hormonal contraceptive may stop monthly bleeding in other women but does not accumulate and this is not usually harmful.

“Some contraceptives may delay return to fertility only for a short while, but do not cause infertility. There are other factors that may contribute to infertility such as frequent untreated STIs,” he says.

He adds that hormonal contraceptives do not cause birth defects.

“There are many factors that may cause birth defects; genetic factors, folic acid deficiency, young age at first birth and delivery in old age,” he indicates adding that naturally the vagina is moist, but with a relaxed mind and sexual excitement it becomes more lubricated.

“It is not healthy to have sex when the vagina is dry,” he says.

According to the Lesotho Demographic Health Survey of 2014, in Lesotho, family planning is part of the Sexual and Reproductive Health Programme of the Ministry of Health (MOH) and is an important part of the National Strategic Development Plan (MDP 2012).

“The contraceptive prevalence rate (CPR) is 60% in Lesotho, and nearly all currently married women aged 15-49 who use contraception use a modern method (60%).

The UNFPA Universal Access to Reproductive Health report of 2016 indicated that sexually active adolescents, especially those who are unmarried, may feel stigma related to needing family planning services.

In some countries and areas; laws and regulations prevent adolescents from accessing services.

“Consequences of unintended pregnancies, especially for girls who are not married, can be far-reaching, comprising school dropout, poor sexual and reproductive health, cultural stigmas and social pressures, as well as lost opportunities for employment and income in the long term,” the report says.

It adds that adolescents face more obstacles than adults to obtaining contraceptives, including due to restrictive laws and policies.

“They may fear that their confidentiality will not be respected as well as the stigma associated with early sex. Adolescent girls may not feel comfortable visiting clinics to obtain contraception, even if they are youth friendly.”

“Sexually active adolescents, especially those who are unmarried, may feel stigma related to needing family planning services. In some countries and areas, laws and regulations prevent them from accessing services. Consequences of unintended pregnancies affect them in many ways, however, including in terms of dropping out of school, poorer quality sexual and reproductive health, cultural stigmas and social pressures, and lost opportunities for employment and income,” the report points out.

“The institutions only offer the natural method of contraception. That is where the nurses will advise patients on how to avoid pregnancy. This is because the Catholic Church ideologies do not allow the use of contraceptives,” he said.

“We do not have a study that shows the impact of the situation around the places where the next health facility belongs to the Catholic Church,” he said. 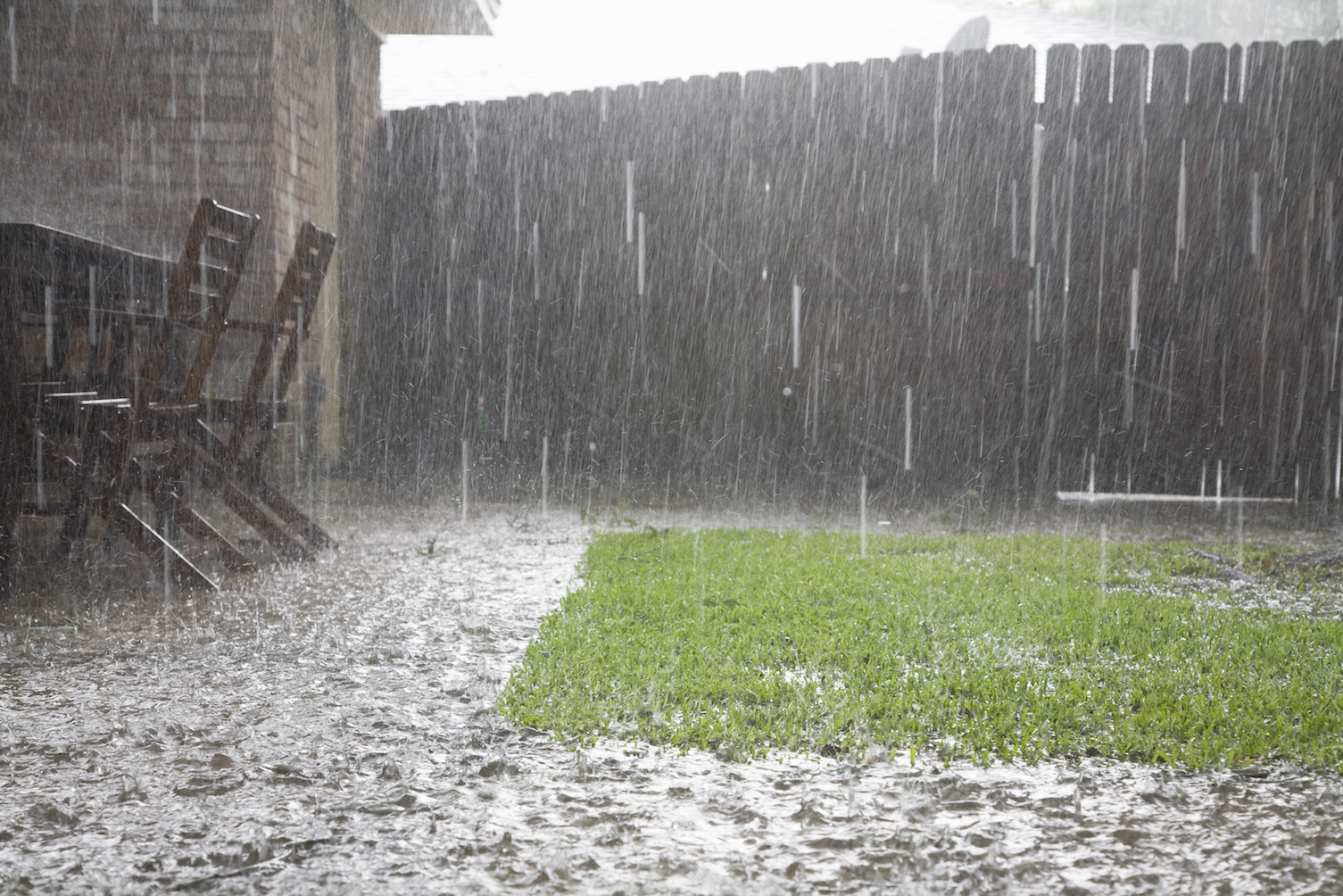 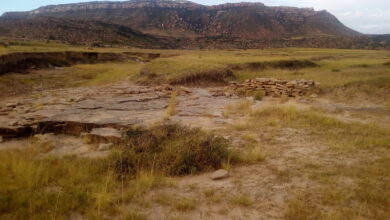 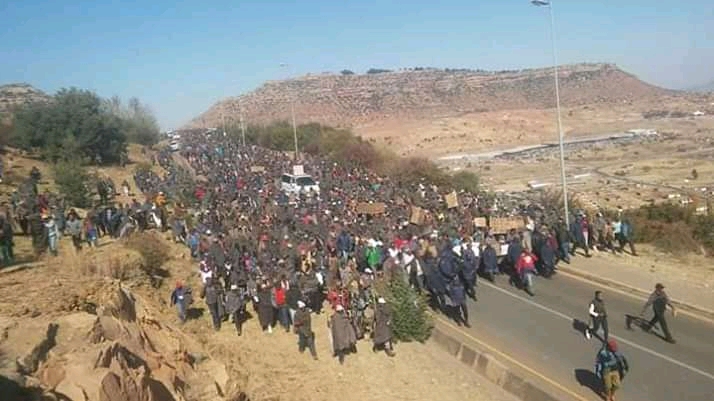