Ha Motsapi is a village situated at the extreme southern tip of Lesotho in the Quthing district.

It is located a few kilometers from the village of Tayane.

The inhabitants say Ha Motsapi is in the area called Danger’s Hoek.

It is unlikely to hear any political leader, government functionary or public servant make any mention of a name like Danger’s Hoek. It is a neglected area.

From Moyeni, the town of Quthing, Ha Motsapi can be reached only after travelling through the Eastern Cape province of South Africa, the villagers say.

There is no road that links the village folks of this neglected habitat and the world outside.

Last week when the Catholic Commission for Justice and Peace (CCJP) organized a community dialogue, Members of Parliament (MPs) snubbed it.

CCJP organized the meeting to facilitate a dialogue between the communities and MPs from the three constituencies of Quthing namely, Sempe, Mount Moorosi and Moyeni.

This was to allow the community to communicate their challenges to the MPs and indicate how they would want them to be addressed.

“When we are travelling from town using public transport, the taxi drops us at Lebenkeleng Sixondo because that is the farthest taxis can reach,” Pontšo Mofetuli, one of the villagers of Ha Motsapi, told the gathering.

From Sixondo they have to walk three hours or more to their village.

“We cross Tele river into South Africa. Sometimes we are stopped by South African soldiers who demand us to produce our passports,” Mofetuli said.

She indicated that they cross into South Africa because there is no road on the Lesotho side that connects the town with their village.

After walking some distance on the South African, they cross the river back into Lesotho to reach Ha Motsapi.

Mofetuli said they use the same route even when they are taking a patient to a hospital or a dead body to a mortuary in Moyeni.

She wished the MPs were there to listen to her story. Ha Motsapi falls under the Moyeni constituency.

MP for Moyeni, Thabo Mofosi, who is also minister of agriculture, food security and marketing told Newsday last week that he had an important cabinet meeting that he could not miss.

“The same meeting I went to, is part of the work that I am elected to do by the same community. I know their challenges and already have a strategy that I am going to use to address those issues,” Mofosi said.

“Those are our people and we cannot decline when they summon us to share their experiences. I want to promise that will never happen again,” he added.

Ha Motsapi villagers’ demand is not only for the road but also for healthcare, electricity, water and sanitation, and other essentials.

“We do not have clean water and this has been a challenge since I was a child. We fetch water from Tele River. It is the very same water that people living upstream use to wash their clothes use. We use that water for cooking and drinking,” Mofetuli said.

She further told the gathering that the nearest clinic to Ha Motsapi is the Mabele Clinic which is in the Eastern Cape province of South Africa.

At this clinic, she said, they sometimes have to pretend to be South Africans so that they could get services.

The alternative is to go to Quthing Hospital in town.

“But at the clinic, we are not always asked to prove that we are South African citizens. That is why we are able to get services,” Mofetuli said.

Due to the lack of service delivery, some children have been left behind by their parents in the village as the parents migrate to South Africa for work.

On behalf of the Roads Directorate in Quthing, Thabo Maboli said the directorate was aware of all the issues raised by Mofetuli regarding the road.

Maboli said the connecting road linking Moyeni to Ha Motsapi and nearby villages to reduce the time for travelling to the town was on the directorate’s plans.

It was formed mainly for better service delivery and more effective and efficient management of the road network.

It is responsible for the construction, upgrading, rehabilitation and maintenance of primary, secondary, tertiary and other roads as well as bridges on the Lesotho Road Network.

CCJP said the session was aimed at creating a space for the exchange of information regarding service delivery and other related aspects, as well as to build trust in MPs which the communities seem to have lost.

Each targeted community was represented by their respective liaison groups.

CCJP was founded in 1972 as a faith-based social justice, human rights and advocacy network.

The organisation strives to build local transformation at the local and national levels by building people who are informed, confident, skilled and reflective.

It is committed to advocacy, respect for human rights and social justice for a better society. 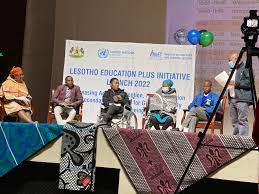 ‘A wish for a second chance in education’ 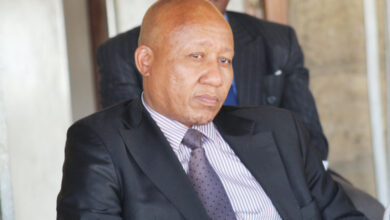 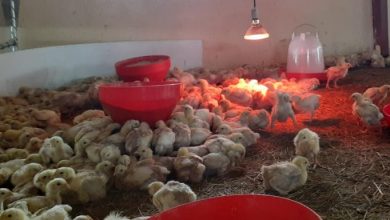