Tiffs and tussles to have the Bull Clothing factory workers reinstated have taken a different twist as the company appeal against a court order.

The Chinese owned company situated at Thetsane Industrial Area that infamously refused to pay the employees their M800 Covid-19 relief funds that were promised by former Prime Minister Motsoahae Thomas Thabane last year during the first wave of the novel corona virus-induced lockdown appealed against a court order that they should handover a contract between the firm and the Lesotho National Development Corporation (LNDC) which was predicted to expire early this year, which was proven a myth as the company still operates.

The 78 employees who were sacked after protesting for their monies stated that the textile firm refused to give them their relief funds that were allocated by the government citing that they did not work for it.

The matter was taken up to the Labour Court by the few that were questioning their unfair dismissal after they somehow managed to get the Covid-19 incentives.

The respondents who are unionised members of the following trade unions; United Textile Employees (UNITE), Independent Democratic Union of Lesotho (IDUL) and National Clothing Textile and Allied Workers Union (NACTWU) sought the contractual agreement of Bull Clothing and the LNDC but the textile factory rebuffed.

“The applicants wish to take this honourable court into confidence that there are some other applicants who were offered re employment and they accepted the offer to avoid un-employment consequences though they are not happy with their dismissal by the 1st respondent.

“There are applicants who were not offered re-employment and they are not seeking reinstatement but inter alia their terminal benefits and the compensation as they lost interest for working with the 1st respondent,” the paper read.

The applicants through their unions together with the government of Lesotho tried to resolve the matter but all in vain as the 1st respondent has made clear that he would not reinstate the applicants to their positions.

‘The applicants clearly explained why they needed that information but the 2nd respondent refused to provide or disclose such information to the applicants on the ground that inter alia to erode confidence of either stakeholder in the corporation.

“If this application cannot be granted on urgent basis applicants would be left without the remedies against the 1st respondent who is likely to skip the country before the matter is finalised,” the court papers read.

However, on March 25, 2021 before Deputy President Mr. Mononko, the court ordered the company to hand a contract.

“Having read and having heard papers Advocate K. T Phororo Applicants’ Counsel, it is here ordered by the court that the first Respondent be and is hereby ordered to transmit a copy of tenancy contract between the 1st and 2nd respondent to the registrar of this Honourable Court or to the Applicants’ Counsel of Record within 7 days upon the receipt of this order this Honourable Court as amended,” the court judgment read.

Late last month the Bull Clothing company took the matter to Labour appeal court, appealing against the order and indicating that the deputy president of Labour Court misdirected himself.

“In the labour court of Lesotho held at Maseru (LAC/CIV/A/03/2021) in the matter between Bull Clothing (PTY) LTD and ‘Mapitso Makatla and 78 others-1st respondent and Lesotho National Development Corporation-2nd respondent.

“Deputy President of Labour Court erred and misdirected himself in that he granted applicants an order in the circumstances where he did not have power and jurisdiction to grant. He granted an order sitting alone without assessors,” the appeal application read.

“The court papers explain that after the government of Lesotho declared a lockdown in order to minimize rate of infections of Covid-19, textile company was affected and closed.

“In order to mitigate the consequential disaster brought by Covid-19, the government of Lesotho paid M800.00 to all employees in a textile industry per month for the period of three months and the employees herein were not an exception.

“The money from the government of Lesotho through LNDC was paid directly into the business accounts of the company in order to distribute it into employees’ accounts.

The papers continue that, “On or about July 2020, the LNDC paid the last instalment into the firm’s account and as usual the employees expected the said money to be deposited into their accounts but this time they were informed that LNDC had not yet transfer the said money,” the papers read.

“The applicants learned later that the other firms in the same industry had paid their employees that allowances of M800.00 from the LNDC and they went to inquire from the human resource who told them that the Bull Clothing manager had not received any money from the LNDC.

“The applicants’ representatives and unions inquired from the LNDC about their allowances whereby they were informed that the money had already been transferred into the firm’s business account,” the papers said.

The employees alongside the applicants embarked on a strike on June 21, 2020, demanding the allowances.

“The respondent issued letters of dismissal to the employees including inter alia the applicants herein on the ground that they were in an unlawful strike.”

The applicants challenged the dismissal at the Directorate of Disputes Prevention and Resolution (DPPR) where the matter failed to attain resolution in a conciliation process as the DDPR has issued certificate to that effect.

“The applicants herein have no other alternative but to come before this honourable court to challenge the said unfair and unlawful dismissal against them, some to be reinstated in their position without loss of benefits while others want to be paid compensation of 48 months’ salaries.

“That the rule nisi does hereby issue calling upon the respondents herein to show cause if any on a date to be determined by this honourable court why; the ordinary period of notice and modes of service shall not be dispensed with due to the urgency of this matter.

“An order that the dismissal of all the applicants herein be unfair and unlawful and has no force in law,” the paper read.

The papers went on to demand that the firm should pay all the applicants who are not offered re-employment their salaries and benefits from the date of dismissal to the date of the judgement.

“The 1st respondent shall not be directed and ordered to pay all the applicants who are not offered re-employment their terminal benefits with immediate effect,” the paper read.

“The 1st respondent shall not be directed and ordered to pay all applicants who are not offered re-employment compensation for 48 months’ salaries as a result of unfair and unlawful dismissal.

“That the respondents to pay costs of this application, that the applicant be granted further or alternative relief,” the paper read. 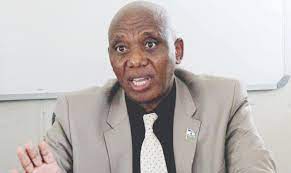 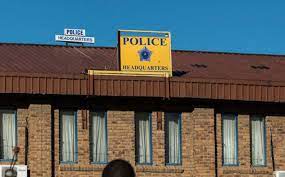 Woman trades another for M50.00 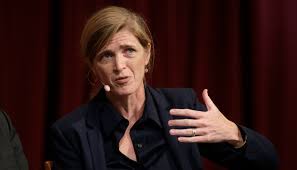