The Ministry of Education and Training on Monday issued a statement in which it laid-out steps and the procedure to be followed by primary school pupils to transition from Grade 7 to the first year of secondary school education Grade 8.

This follows a decision by the government of Lesotho to abort previous setup whereby Grade 7 pupils sat for a final external examination whose successful pass was ticket to the next level of education.

Unveiling the new procedure, Deputy Minister of Education and Training ‘Maletsema Letsoepa indicated that all schools supported by the government are forced by Basic Education law of 2010 and its amendments to accept guidelines put by the ministry to guide the admissions of Grade 7 learners into Grade 8.

“Grade 7 leaners will have to fill in Form E80A/2022 that will be fetched from the District Education Offices by the representatives of schools. The form will be filled by leaners with guidance of their parents and/or guardians, who will help them fill in three schools of their choice,” she said.

She indicated that, the choice of schools by students and parents should be made considering the proximity of the school.

“The secondary school could admit pupils from afar off places when all those from neighbouring primary schools have been admitted and there are still places available,” she said.

According to the deputy minister, the representatives from the schools will submit forms for admission to secondary schools from 1st January 2021.

Letsoepa further indicated that, schools will reopen on January 11, 2022 and if parents are not satisfied with the admissions of their children should report to the district education offices for help.

For her part, ‘Mabakubung Seautloali Chief Executive Officer Secondary Education from the ministry, stated that, since 2012 when the new curriculum was implemented, schools started building portfolios for each of their pupils from the first grade up to Grade 7.

“The portfolio is taken along with the application form to the secondary school applied for. Therefore, a learner’s admission will be influenced also by contents of the portfolio which would be carrying the pupil’s academic resume from Grade 1 to Grade 7. That will also be accompanied by a report from the Examinations Council of Lesotho (ECOL). The report and portfolio will help teachers in the secondary schools to understand the standard at which learners are,” she said. 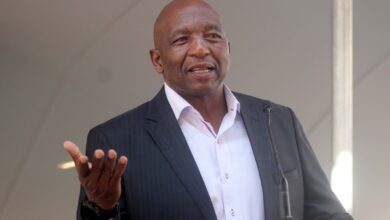