The proportional representation (PR) seats allocation self- review saga by the Independent Electoral Commission’s (IEC) is an indication of its top management’s incompetence and therefore must resign.

This is a view held by Basotho Action Party (BAP) deputy leader, Motlatsi Maqelepo in his analysis of the post elections developments in Lesotho.

The IEC recently filed an urgent application in the High Court seeking the court to review, correct, and set aside as irregular the legal notice no. 100 of 2022.

The legal notice in question, announced the results of the national assembly elections which were held on October 7 this year.

In the court papers, the commission admitted that it allocated three seats to Democratic Congress (DC) and one seat to the Alliance for Democrats (AD) erroneously, thus raising questions as to how many other as yet undiscovered errors were there in the recently completed poll.

Legislators who could be affected by the ruling of the case are Lebohang Mochaba of AD, Morapeli Motoboli (DC), Katleho Mosotho (DC) and Maletsema Letsoepa of DC, who have since been sworn in as members of parliament.

While a number of election observer missions concluded that the elections were largely free and fair, they raised a number of irregularities alluding to an unclean voters roll, containing names of dead persons.

Some voters’ names were not on voters roll at their designated polling stations.  Some voters, who made transfers could also not appear, while others appear as if they made such transfers without their knowledge.

In a recent interview with Newsday, Maqelepo said the only honourable thing for the IEC commissioners to do is to step down in the wake of the self- review application.

“An honourable thing that they can do is to resign because they are sleeping on their job and as a result have wronged Basotho,” Maqelepo said.

“Under their leadership, the IEC failed to hold by- elections in about five constituencies in the tenth parliament, and that’s where the competence of IEC was questioned,” he continued.

Maqelepo said a lot of irregularities were recognised during the preparations of the elections wherein the voters roll which was supposed to be filled within a certain period to enable transfers to happen was made on the eleventh hour.

“We are also aware of the funds delay that parties complained about and we can’t ignore that, but what is worse is that constituencies received incorrect voters’ roll lists on the eleventh hour,” he said.

He said the voters’ roll lists left many voters confused whom according to their knowledge, were supposed to vote at a certain voting station and only found out on the day of elections.

“Many people were denied their constitutional right to elect the government of their choice. And when we thought that was enough, the IEC dropped the bombshell allocating PR seats incorrectly.”

He has also called for an audit of the elections to assess if there were other irregularities that need to be addressed.

“These elections have to be audited so that we find the root of the problems by an independent forensic investigator. That can help us as a country.

Another political commentator, Nkareng Letsie, believes that by filing a self-initiated court application, the IEC was smart move and may have escaped a possible series of complaints from elections stakeholders.

He also noted that the IEC acted timeously to rectify the problem before it could hamper the inauguration of Prime Minister, Samuel Matekane.

“IEC acted unprofessionally and were not meticulous on their job. Filing a self-review application without declaring themselves as having failed to allocate the PR seats appropriately could potentially have dire consequences for the country.

“They could have instead allowed themselves enough time to work on the results before announcing them. I don’t know why they were in such a hurry.”

Letsie however, commended the commission for holding largely free and fair elections.

“There were no riots after the announcement of results that could have end up hindering the inauguration. The same gesture of filing a self-review application is because they realised that there were going to be many litigations mounted by different parties,” he said.

Political analyst, Nthakeng Selinyane, said the IEC executed a laudable act by approaching the courts in relation to allocation of seats.

“It was correct, but what is funny is that it (IEC) refused our advice or demand that it did so in 2007 when it gave the LCD 21 seats of other parties by misapplying the electoral formula as it did this time around. Its explanation nevertheless was very poor, naked, and naïve,” he said.

On his part, AD’s spokesperson, Thuso Litjobo, narrated that it was common for Lesotho to encounter challenges after elections due to dissatisfaction of voters owing to IEC’s doggy administration.

“After these elections, many people were initially happy about the outcome of the elections although there were some discrepancies. Basotho realised they had to put their love for the country ahead and had accepted those mistakes.

“Then here comes the IEC causing confusion with their self- review. It is as if they are not happy with the reigning peace following the elections.

“I therefore appeal to Basotho to not give IEC that satisfaction of turning violent to burn this country down,” he said.

Following announcement of this year’s election results, IEC chairperson Mokhochane, admitted there were a number of challenges they encountered in delivering the elections.

“We cannot go without mentioning challenges that we faced during elections, which we overcame in our quest to deliver credible free and fair elections.

“You may all be aware that there were tremendous court cases which hampered some of our electoral processes, delay in nomination processes and as a result delayed printing of the Ballot paper which in some cases also resulted in unavoidable errors.

“However, the Commission remained focused in delivering its core mandate. There are lessons that we have learned from this electoral cycle that we believe will strengthen our institution going forward,” Mokhochane said. 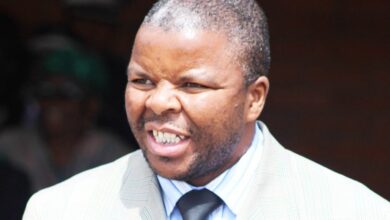 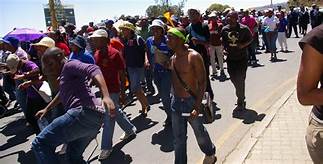 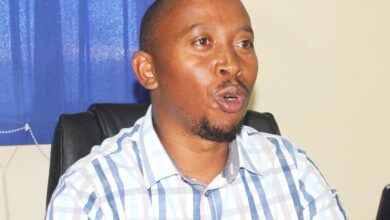