The Lesotho Cricket Association (LCA) held a send-off ceremony for the players at the Lesotho National Olympics Committee (LNOC) premises on Tuesday.

Speaking at the event, Team Manager Bongani Mosiuoa pointed out that it had not been easy to prepare a team for the international competition as he presented the 14 players who will be representing the country.

“Several practise sessions took place both locally and internationally, even though we had to cancel some due to the Covid-19 pandemic,” Mosiuoa said.

The players were selected from various teams in Lesotho affiliated with the LCA.

“We do not have players from outside the country, we only selected those who are currently in the country,” LCA Media Liaison Officer Clifford Molefe informed.

He said the players were selected through four criterion measures; performance, ICC demands on players, availability of the players and their manageability.

Team Lesotho is in Group A with countries like eSwatini, Seychelles, Malawi, Ghana, Uganda and Rwanda.

When bidding the team farewell, LCA President Sepolo Mohlouoa reminded team member that they were going, not on a fun-time honeymoon but out to fight like soldiers hoisting the national flag who should be prepared to make the country proud.

“Go on and hoist the national flag, do not let us down, we expect nothing but victory from you,” he added.

Meanwhile, for his part, LCA Team Manager also promised the country that they are going to work very hard.

Their first match will be tomorrow and they will be back home on October 23.

The 14-man Lesotho cricket team for the competition comprises: 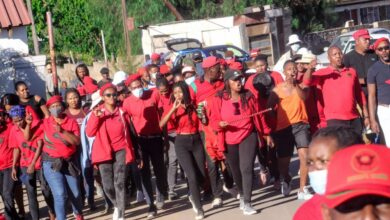 The face of impunity and entitlement