The new year is off to a bad start for workers as two textile factories employing over 4000 workers are considering retrenching an undisclosed number in anticipation of the projected economic slowdown in 2023.

Lesotho Precious Garments and Hippo Knitting are the two factories considering laying off some of their workers to stabilise their operations.

In a letter dated January 11 addressed to factory unions, Lesotho Precious Garments has suggested for workers who have reached retirement age to come forth for termination of their contracts, while others have been encouraged to take voluntary resignations.

The firm has blamed the Russia/Ukraine war’s effect on the global economy among the factors likely to affect its operations.

Hippo Knitting on the other hand has called trade unions to a meeting where it plans to discuss the impending retrenchments it has planned. The meeting is scheduled for next week.

“Management of Lesotho Precious Garments wishes to inform your good office that on account of the ongoing economic meltdown affecting the African and Asian countries, which crisis was precipitated by ongoing war between Russia and Ukraine and other factors are beyond the control of the company, the operations of the company are going to going to be affected,” Precious Garments said in the letter.

“The company informs your good office that it is likely to face some retrenchments from the beginning of this year 2023. A glimpse of a job shortage was observed during the just ended festive season where people who were engaged to do special and urgent orders had to be sent back home earlier than the agreed timeframe, and there are clear signs that more and more of such incidences will replicate themselves. The experts have advised that the crisis is likely to ensue for the larger period of 2023.”

“Against the above stated background, the company wishes to inform all relevant stakeholders of the said development. Even though the schedule of engagement is going to be released soon, the company finds it of great importance that alternative measures aimed at remedying the situation be considered by all concerned.”

The company then made some proposals for consideration by the stakeholders.

“A voluntary resignation aimed at securing the long services can be taken, and all employees who have exceeded the statutory retirement age are also encouraged to approach management for arrangement that lead to mutual termination plans.

“This proposal becomes very ideal now that the buyers had on number of occasions advised the company to refrain from making people who have reached statutory retirement age to continue working.

“Further and more proposals will be made as the year starts and extensive consultations for all concerned will further be made to all who will be concerned.  A follow up correspondence on the same matter will be made in the upcoming weeks of the year.”

Samuel Mokhele, the secretary general of the National Clothing, Textile and Allied Workers Union (NACTWU) said there was nothing much they could they do.

“At the moment we as the union have no move to make as these are mere forecasts and we are yet to discuss them. We will monitor the situation to ensure that all processes are done by the book, and also discuss possible solutions for a way forward,” Mokhele said.

Lesotho’s textile sector is estimated to have offloaded over 10 000 workers since the onset of Covid-19 in 2020 to date, and a further jobs carnage is likely to worsen the existing socio-economic challenges in the country. 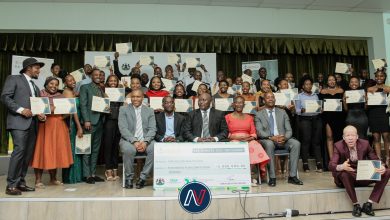 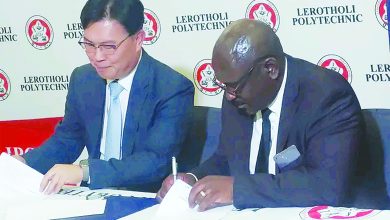 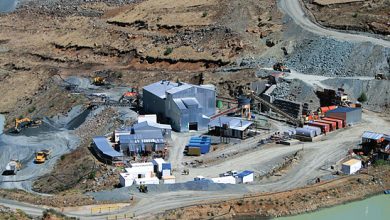 Liqhobong mine resumes operations after more than 2-year hiatus