The Ministry of Health joined World Health Assembly, World Health Organisation and the rest of the world to launch the Global Strategy for Elimination of Cervical Cancer as a public problem, at an event that was held in Maseru earlier this week.

The Minister of Health Motlatsi Maqelepo, indicated that the strategy provides a roadmap, through the 90-70-90 targets for 2030.

“1st -90% of girls fully vaccinated with the HPV vaccine by age 15, 2nd -70% of women who are screened with a high-performance test by 35 and 45 years of age and 90% of women identified with cervical disease receive treatment, 90% of women with pre-cancer treated; 90% of women with invasive cancer managed,” he said.

“Cervical cancer is the fourth most common cancer among women globally, with an estimated 570,000 new cases and 311,000 deaths worldwide in 2018 85%LMI countries. It ranks as the second most common cause of cancer death among women aged 15 to 44 years globally. As I have already indicated, the highest regional incidence and mortality rates are in Africa, where we live. In Lesotho cervical cancer is the most common cancer among women who account for about 44% of all cancer cases in Lesotho. According to the 2018 data the incidence of cervical cancer in Lesotho is 52.1per 100,000 women population and mortality rate of 39.1,” he said.

Maqelepo stated that projections indicate that unless the country urgently scales up on services, the burden of cervical cancer will increase to almost 460,000 deaths by 2040. Lower-income countries will have the greatest relative increase in the annual number of cases in the period, exacerbating the current disparity. Today, nearly 90% of deaths already occur in low- and middle-income countries.

“A global effort to eliminate cervical cancer is in alignment with the 2030 sustainable development goals (SDGs), which lay out ambitious targets for improving human health and well-being worldwide,” he said.

The Minister further indicated that, HIV and cervical cancer are closely inter-linked. Cervical cancer is an AIDS-defining illness and the most common cancer among women living with HIV. Despite the gains in access to life-saving medication and prolonged life expectancy in the countries worst hit by the HIV epidemic, cervical cancer remains a challenge. To sustain and maximize these gains, comprehensive, people-centered care across the life course is critical to secure healthy lives for women and young girls.

“Both HIV/AIDS and cervical cancer are diseases of geographical, gender and socio-economic inequalities. Their burdens reflect health disparities. HIV infection disproportionately affects vulnerable girls and women. Girls and women make up more than half of the 36.9 million people living with HIV. Women and girls in sub-Saharan Africa bear the heaviest burden of HIV,” he said.

Conversely, women infected with HPV are twice as likely to acquire HIV as those without HPV. Women living with both HIV and cervical cancer often face a doublestigma, related to HIV and cancer,” he said.

According to Maqelepo, WHO established that cervical cancer should no longer be considered a public health problem when the age-adjusted incidence rate is less than 4 per 100,000 women. Although incidence cannot be reduced to zero with the current interventions, the elimination threshold is achievable within the 21st century in every country.

“We are now well positioned to take action and significantly reduce the burden of cervical cancer in the world. Together with the promising technologies, health products, and delivery models that are increasingly available – the time is right for an inclusive, concerted, ambitious strategy to significantly accelerate progress towards elimination,” he said. 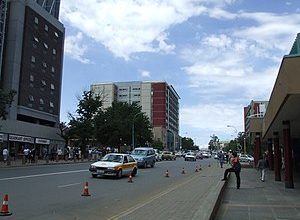 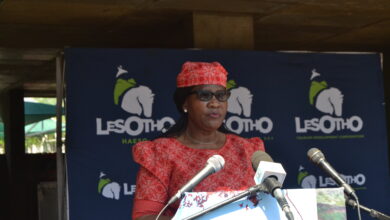 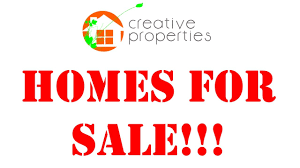 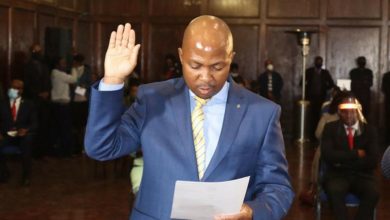