Here Today And Gone Tomorrow is a song by Ethan Harrington, an old recording artist and songwriter from Melrose, Massachusetts, United States of America (USA).

In this song, Harrington says only real music is going to last, “all the other bulls*** is here and gone tomorrow”.

Like music, as described by Harrington, only the real DJs last. The name of Jazzy Tea comes to mind.

Now 58 years old, Jazzy Tea is not concerned that he will soon start a slow walk into the sunset and his name will be forgotten.

He is not even intimated by the new upcoming DJs.

“My sound is different and that is how I have been surviving,” he told Newsday Arts in an exclusive interview this week.

When he retires from being an active DJ, he will become a full-time music mentor, he said.

Apart from good Disc Jockey skills and a good state in music, he thinks a good personality has also helped him survive this turbulent industry.

“Always look clean as a DJ, be professional and have a good attitude,” he said.

Despite being the son of one of the most prominent Basotho of our time, Jazzy Tea’s love for music and his journey was far from being a walk in the park.

What Lysander meant is that true love is not something that flows smoothly without encountering obstacles. This accurately describes Jazzy Tea’s relationship with music.

When the going got tough, he got going.

Growing up, he used to be a DJ when his family had thrown some parties. His major breakthrough became a driver of the popular Sankomota group in 1982. When was only 18 years old then.

“I became lucky and started playing instruments and ended up being a live sound engineer for the band,” Jazzy Tea told Newsday Arts this week.

When the group left for London, he moved to Johannesburg in South Africa to pursue music further.

While in Johannesburg, he played with the likes of Blondie Makhene, African Youthband, Zizi Congo and Pure Gold. This he did until he realised being a DJ would be where his passion will meet his purpose.

“Every winter I had to come home because there was no work. Live bands struggle in winter,” he said. Being a DJ would provide him with consistent gigs and income.

In 2002, he started school at Instituto Superior de Arte, a school for arts in Havana, Cuba.

Toka then got a job at the government-owned Radio Lesotho. That is when he decided on an identity, and the name Jazzy Tea was birthed.

Two years later, he joined the Ultimate Radio and for a while, he worked for both stations.

“I left radio because I could not handle the workload, especially since I was already an independent DJ,” he said.

After leaving radio, he went to Ladybrand in South Africa where he worked in a club called Cheaters for 11 years. “While there I recruited Libozza who left me and then Funky L who I have been working with since 2006 till today,” he explained.

He told Newsday Arts that he has had the pleasure of working with the late Jazz guru, Tšepo Tshola

He is currently a resident DJ at Ba.One, one of the most popular nightclubs in Maseru and says he is not willing to join any group.

“I do not want to join anymore groups. I want to fly solo,” he said.

Jazzy Tea is irked by the level of unprofessionalism in the local music and entertainment industry.

“A lot of people just throw themselves into the industry without first learning about the industry and how things are done,” he said.

According to him, international artists are sought after and preferred over local artists by event planners because they have the necessary professionalism and skills.

“A lot of people just do things because they have the equipment. No training, nothing,” he said.

He emphasised that it was very important for aspiring entertainers to educate themselves about the craft they are passionate about before launching their careers.

By doing so, he explained, it becomes easy for them to enjoy their work.

Jazzy Tea also stressed the importance of self-sufficiency and uniqueness.

“Have your own sound as an artist and not jump into a certain genre because it is what is trending at the moment. Following trends is okay, but it is important to ensure that you still have your brand intact even after the trend has passed,” he said.

He told this publication that he has managed to remain relevant over the years because he has his way of doing things and his way of choosing the music to play for each occasion.

“I have a specific crowd that I play for. …But, with the way I play my music, I can cater for everyone because I study my crowd,” he said.

With the experience that he has gained over the years, Jazzy Tea now mentors upcoming DJs.

“I always tell them that they should respect their allocated slots and choose their music in a way that will not sabotage their time,” he said.

In his spare time, he helps artists with writing songs. He lives and breathes music. In his own words: “If you do music, you must also live music.”

He says he has worked with artists like Stlofa and Selimo Thabane.

Many artists have complained that they are underpaid and under-appreciated by event planners. Sometimes they are asked to perform for free to make a name for themselves.

Jazzy Tea told this publication that artists should jealously guard their brands and not settle for less, because like the rest of the working class, they also have bills to pay and families to look after.

“The stress that comes with doing this job is as draining as any stress caused by any job,” he said.

The support he gets from his family is what keeps him going.

“I have a permanent visa from my wife because I do my part and they allow me to work freely,” he said. “My wife supported our family during the COVID-19 lockdowns and not once did she complain. I do what I do for my family,” he added.

The good relationship between himself and his wife makes his life easy.

“One thing that is stopping this industry from reaching its full potential is the unwillingness of Basotho artists to work together,” he also said.

“If we do not work together, we create unnecessary competition amongst ourselves. Not being united is detrimental to our efforts,” he added.

He also suggested that local artists should have a strong union that will protect and advance the interests of its members.

“Another problem we are faced with is that the government is showing no interest in this industry and there is no support. The industry needs a stronger body that will approach the government with the needs of the artists and get support,” he said. 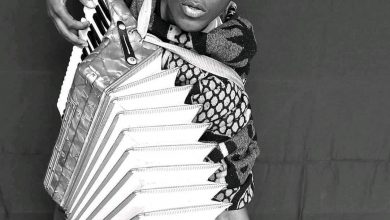