One of the notable media personalities right now in Lesotho, Ntebaleng Mokhali famously known as Noxie, is a Radio and Television Broadcasting graduate from Limkokwing University of Creative Technology who combines the offices of radio, television host and MC, who better fares as radio host.

Born and bred in Mahlabetheng in the South-Eastern outskirts of the Maseru district, on 2 February 1995, the coarse-voiced radio personality was born last in a family of six. She says her upbringing was very amazing as she was blessed enough to have sisters to rely on for life’s lessons, a feat which she reckons helped her in discovering her character.

“I had always been an outgoing person but I used to be shy, however, as time went on, I had to learn to cope with it later after discovering my deep love for media,” Noxi says.

She says she never thought she would radio jock but a part of her always wanted to be in the media industry. She says, she would always get excited when she saw women who were making it big on radio around the world.

“It first started with me loving media in general from television, magazines and I would never think of radio because my biggest love at the time was television. So later on, in particular after my tertiary days, I was exposed to the adventure that is radio. I won’t lie it was challenging but exciting at the same time as the more I did it, the more I explored it and the more I loved it,” she said.

“Radio is about giving information on day-to-day life events, so having to be up-to-date with everything that happens around the world is wonderful. It’s the one thing that absorbs the listener’s attention,” she says.

Noxi says over-and-above everything about radio, she appreciates the fact that even on her worst days going to work helps her by changing her mood and reminding her that the journey is not only about her but also the betterment of the public she serves.

She explains that her mother has always been that person that advised and pushed her to pursue her dreams when she was growing up for which she remains grateful.

“My mother always advised me to go after my dreams; I love media and singing, though I am a bad singer. All my mother wanted was my education which for me has been key to where I am today and I am forever grateful,” she says with a smile.

She describes herself as a go-getter who is very creative and outgoing. She says although some people tried to discourage her in going after what she is doing today she was not discouraged, never shying away from saying that her art is different from that of others in the same field as her.

“A lot of people discouraged me from doing what I am doing today saying there are only a handful radio stations and one television in the country, but that did not stop me. I knew what I wanted and I followed my heart,” she says adding that that came with a label of being a loud person, with a huge man-like voice.

“that was when I told myself that I was going to change the game and make them fall in-love with what I have. I can’t change my voice but I will continue to pursue my dream as a woman in a male voice as long as I am in this field. I am one creative person and I believe my art of radio is different from others, “she says.

Inspired by fellow deep-voiced South African television presenter, radio personality, business woman and MC, Bonang Matheba, Noxi says she continues to draw inspiration from the women who made it against all odds.

“I still look up to Bonang Matheba as anything she does she gives it her all and she is one dedicated person who is highly multitalented,” she says.

Noxi describes the state of radio in Lesotho as good and steadily improving in comparison to what it used to be “say, about a decade ago where there was not much in terms of on-air-talent”.

“There are actually more radio stations now in the country than there were back then, which means more platforms for more media personalities to practice in. Soon there will be over 50 and I believe radio in the country has evolved” she explains.

Noxi has in recent years cemented herself as an all-rounded media personality excelling in all there is, from hosting the Night Pulse on Ultimate Radio, weekdays 2100-0000 and the Cruise every Saturday 0500 to 0900, to being one of the most sort-after female events MC, from corporate to sports and entertainment.

In 2019 she was hosted the Lesotho leg of South Africa’s Black Coffee’s “Africa is not a Jungle” alongside Jesse Suntele of South Africa, she also hosted the Amapiano Festival alongside Moshoeshoe “Mosh” Makhaola and was recently the announcer at the match between Likuena and Benin at the Setsoto Stadium, proving just how versatile she can be and what a go-getter she is. 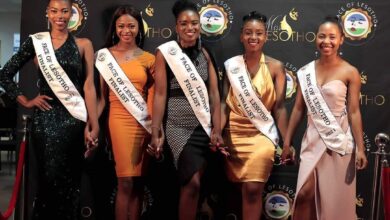 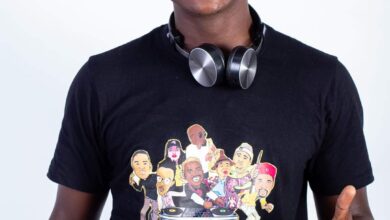 No end in sight to Rochester’s woes 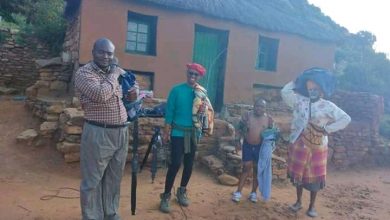 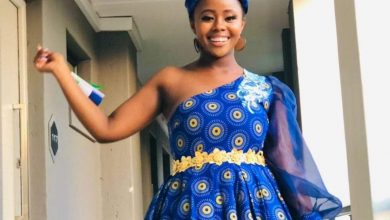