An investigation into the business dealings of controversial businessman Ketso Baba Ketso has suffered a setback following the interim high court order that Standard Lesotho Bank should unfreeze his company’s bank account.

In 2017, Ketso was charged with three counts of contravening the provisions of the Income Tax Act No.9 of 1993.

Now he is reportedly suspected of money laundering by the Directorate on Corruption and Economic Offences (DCEO), and Newsday understands that the investigation involves some high-profile individuals.

The acting Chief Executive Officer (CEO) of the Disaster Management Authority (DMA) ‘Makhotso Mahosi told the high court this month that she was forced by the DCEO investigators to admit that Ketso bribed her to fast-track his payment.

Mahosi further said DCEO alleged that she paid Ketso’s company and other contractors illegally and wanted her to return the money she received as bribes.

As the investigation continued, it is alleged that DCEO requested Standard Lesotho Bank to freeze a bank account belonging to Ketso’s construction company, Maru-a-pula.

Ketso, then rushed to file an application in the high court challenging the freezing of his company’s bank account.

In his affidavit, he said he realised on December 17, 2022, that the account was frozen when he tried to pay his suppliers and employees. He said the money in the account was not acquired through unlawful means.

The high court, Justice ‘Maseforo Mahase, then interdicted DCEO and Standard Lesotho Bank, in the meantime, from interfering with Ketso in the conduct of the bank account except by due process of the law, pending finalization of the matter.

Ketso told the court that his company won a M9 million tender to construct a road from Tšifa-Li-Mali to ‘Malesaoana in Leribe.

He said the government took more than a year to pay his company and were, together with other constructors, sent from pillar to post when they demanded their payments.

He explained that the Ministry of Local Government and Chieftainship Affairs, as it was then called, invited contractors offering civil engineering construction and earthworks services to its offices through a public announcement in 2021.

“In that meeting in 2021 on a date that I cannot recall, contractors were advised that roads and bridges had been destroyed due to heavy rains. In view of the emergency and the urgent need to repair or reconstruct such roads and bridges, contractors were advised that the Cabinet has taken a resolution that the DMA (Disaster Management Authority) must be involved since this was a national crisis,” Ketso explained.

He continued that he submitted his bid under Maru-a-Pula construction company in respect of the Tšifa-Li-Mali-Malesaoana gravel road, and they were told that the Ministry of Local Government and Chieftainship Affairs would select the bidder who met the requirements in respect of each road or bridge in terms of the Public Procurement Regulations of 2007.

“The applicant (Maru-a-Pula company) emerged as the preferred bidder and subsequently signed a contract with the Ministry. It is significant to point out that we bid for approximately M9 million. However, the Ministry of Local Government negotiated this price down to M6 065 095.17,” he said.

He narrated that DCEO claimed that the monies derived from the government of Lesotho through DMA were used to commit money laundering in violation of section 25 (1) of the Anti-Money Laundering Act.

“It suffices to indicate that the facts that show prima facie the crime of money laundering are not disclosed. There is no information and/or facts that suggest that the provisions of section 25 (1) of the Anti-Money Laundering Act were violated.

“There is no basis for the conclusion therefore that the monies derived from the Government of Lesotho through the DMA were used to commit money laundering,” he said.

He said there was no iota of evidence in the form of facts suggesting that Maru-a-Pula’s conduct met the requirements of the provision, and thus, there was no basis on which the DCEO could suggest that his company committed any money-laundering offences or serious offences as contemplated under the act.

He said: “It was alleged that the money was converted or transferred into the property and that it was used to purchase movable and immovable property with the aim of disguising the true nature, origin, location, disposition, movement, and ownership of the property. It was suggested that “the properties are currently hidden in the following laces to the suspected beneficiaries investigated under RCU107/11/2022.”

“The suggestion that the monies paid into the account of the applicant (Maru-a-pula) by the DMA constitute hidden property and therefore warranted the grant of the seizure warrant is disingenuous, to say the least.”

Ketso blasted DCEO saying it failed to demonstrate that the payment of the monies into his company’s bank account constituted a criminal offence of money laundering.

He recounted that on April 22, 2021, the Ministry of Local Government and Chieftainship Affairs informed the company that its bid had been successful and that it had to meet a number of conditions for the execution of its contractual obligations.

The company had to provide bid security of 10 percent of the total bid price, he said and added that his company was expected to complete the construction works on June 22, 2021.

“The repairs of Tšifa-Li-Mali to ‘Malesaoana road were supervised by the Department of Engineering within the Ministry of Local Government and their independent consulting engineer. These professionals would refuse to issue a certificate unless work was not done to their satisfaction.

“The applicant duly carried its mandate and discharged its contractual obligations in accordance with designs and specifications of the independent consulting engineer engaged by the Ministry of Local Government within the scheduled time frame,” he said.

He said upon completing the said duty to the satisfaction of the engineers employed in the ministry and the independent consulting engineers as set out in the designs and specifications, the company was issued with a payment certificate.

He, however, stated that the certificate was not paid and their efforts to be paid proved futile until the Principal Secretary (PS) who was responsible for the project was redeployed to another ministry in August 2021.

“The applicant and other contractors made a joint effort to pursue the payment with the current Principal Secretary. Again, the issue of payment became a problem.

Ketso said as a consequence, it was resolved and agreed to pursue diplomatic channels including political pressure because several contractors faced litigation from suppliers and employees since they had cash-flow problems.

“It is important to inform the court that we pursued this issue of no-payment of our companies until the current Principal Secretary in the Ministry Local of Government informed us that arrangements were underway for our companies that do business with the Government of Lesotho. Ultimately the applicant and other companies were paid.

“The applicant is now making efforts to be settled the retention money following the grant of the certification of practical completion. The certificate was granted following an inspection that was done on May 30, 2022. The purpose of the inspection was to determine if there were any defects on the road that the applicant repaired,” he said. 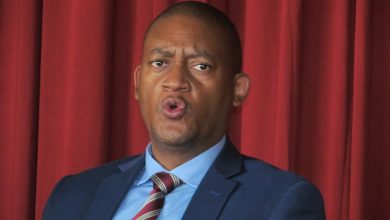 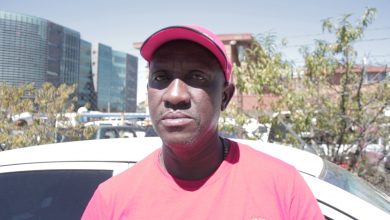 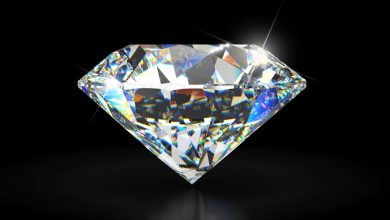 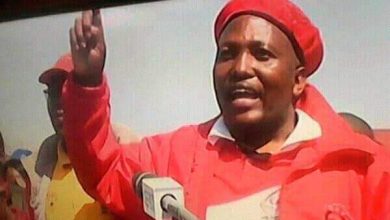