Phamotse said this prior to an ill performance displayed by team Lesotho at the All Africa Games which were held in Rabat, Morocco last month, signalling that some officials are lazing on their jobs.

She charged that continued failure in sports performance will result in replacement of people.

The minister noted that LNOC and LSRC have to start preparing for the upcoming Region 5 Youth Games- Maseru 2020 set for December next year, citing that team Lesotho could not stomach a loss on home ground.

She emphasised that it was hurting for her to see Lesotho athlete waiting to borrow playing shoes from an athlete of a different country pointing out the necessity to start preparations now.

“We need to have a pool of 800 athletes so that we scout the best and finest players. I will work tirelessly with LNOC and LSRC so that we achieve this goal.

“After gathering these children, then they must be trained hard and be equipped with skills necessary to help the country win. The government has agreed and pledged to sponsor with M31 million,” she said adding that she needed plans to carryout talent search as soon as possible.

“I want plans from both mother bodies as soon as possible. I have realised that we are at our comfort zones. Some people are very slow to work.

“I am serious. We cannot afford to lose at our own backyard, this is our country, our children; we have playground facilities for trainings and soon stadiums will be ready. We have money to prepare and we also have time,” she said.

She stressed that Basotho are talented with lack here and there.

“We have to also make introspections as the government,” she said relating her sadness to see one of the boxers waiting to borrow playing shoes from an athlete of a different country.

“I did not go to Morocco to enjoy myself but to observe our weaknesses,” she said.

Lesotho attained a sole silver medal from a Taekwondo starlet, Michel Tau who lost 6-10 at the final stage against Morocco.

Phamotse applauded the team for the heroism to raise the national colours in North Africa, although she further indicated that there is a mountain to climb to sidestep the poor performance at the coming continental showpiece to be hosted by Lesotho next year.

“We worked hard even though we did not hit to Basotho’s expectations of returning victorious. We are not going to rest until we meet their satisfaction and emerge victors.

“Even though we feel return with eyes sweeping the floor, we really tried our best. I am happy for the efforts mother bodies put to make the journey a success, but, I am not happy that we lost. I have learned that we have improved from last year’s performance, however, I feel like we have not touched Basotho’s hearts.

“We have a lot to do,” she continued.

She further consoled those who went to Morocco to preserve their talent and consider themselves lucky as it is an opportunity every child yearn for.

“Every child has right to sports in Lesotho; it is also an opportunity to represent the nation at international tournaments as some children crave for this opportunity. So one does not have to brag about being chosen, you all have to upkeep the talent you have,” she said 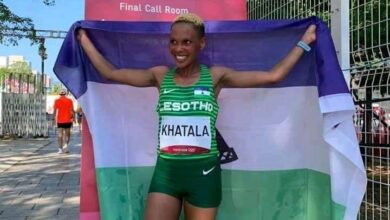 Something fishy in the forces 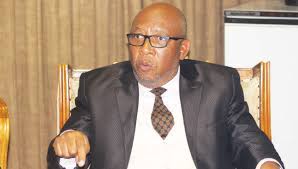