A 32-year-old Paseka Alex Pakela, of Mohale’s Hoek Mpharane appeared before the Magistrate Court on April 1 accused of fraud.

Police spokesperson Superintendent Mpiti Mopeli, revealed that the culprit used his dead brother’s names to attain a job in the neighbouring South Africa. The felon who succeeded to apply for a Birth Certificate at Home Affairs was apprehended in the process of applying for the National Identity Card.

Pakela who was given a free bail will appear again before court on May 2.

A couple shot at own tavern

A 30-year-old man and his 38-year-old wife were shot at their tavern at Sekamaneng village on April 7.

Mopeli shared that the couple was attacked at midnight when they were preparing to lock the tavern, the man died on the spot while the woman is fighting for her life in hospital.

The police appeal to the nation to report rumours which can lead to the arrest of the suspects.

At least four illegal firearms with 22 bullets have been confiscated and four men were arrested for possession of illegal guns.

“LMPS also found 13 knives, a fighting stick, and a scissor. Six people were arrested in the incident, they will appear in court soon,” Mopeli said.

A 32-year-old man of Liolong in Thaba-Bosiu was arrested on April 8 for sexually assaulting a 79-years- old woman.

Reports reveal that a suspect entered through the victim’s window on April 7 at 20:00.

The felon is reported to have pushed the victim to the ground while asking her to sleep with him. The suspect who was working as a shepherd at Ha Mosalla, chocked granny as she declined his request but forced himself on her.

A man rapes and fall to slumber

A 39-year-old man of Ha-Rahlao in Melikane, was arrested on April 7, for raping a 58-year-old woman.

Police reports reveal that at 01:30 in the morning, a victim saw the man sneaking into her blankets without a word and started to abuse her sexually, the suspect is said to have fallen into slumber after satisfying his desires.

LMPS reports further reveal that this offered a chance to the victim to call her neighbours for help. The neighbours found a suspect still asleep, he was then arrested.

Four men were arrested by Thaba-Tseka police on April 7, on suspicion of fraud that happened on July 15 2018.

Police spokesperson Mopeli indicated that the 30-year-old man together with 3 others who are years of age from Maseru were arrested.

The suspects are said to have robbed a Chinese owned.

Reports show that the suspect also stole airtime and a pump action gun and the business car.

“The suspects entered under pretence of being customers acting as if they were the customers,” Mopeli said adding that one of the suspect was employed at the business guard.

“It is suspected that he took two other suspects on that same day to show them where they can find the money,” He said.

85-year-old was burned to ashes

85-year-old man of Ha-Lishobana in Botha-Bothe, was burned to ashes in his home on April 9.

Reports revealed that the old aged man lived in his house alone. On April 9 a Family member was on his way to feed the pigs in the yard of that old aged man when she recognised that the house was on fire, but the was still closed. The community when trying to help him found him already dead. “Police are still investigating the cause of that fire,” said Mopeli. 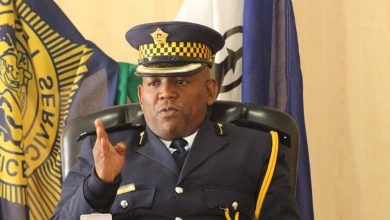