He became a household name playing a seemingly nameless orphaned boy who accompanies Atang Mokuena (the main actor played by South African actor Zenzo Ngqobe) on his travels; in the 2011 internationally acclaimed movie ‘The Forgotten Kingdom’.

Born in the Mafeteng District in April 1998 Lebohang Ntsane is one of the most noticeable young Basotho actors making strides on both the big and small screens. He landed his first acting role as a young Mosotho boy who had never acted before and gave a performance that earned him international acclaim, including nomination for Best Child Actor at the 2014 African Movie Academy Awards.

He was recently cast as part of local TV series drama aired by the Lesotho Television titled ‘Bophelo’.

Ntsane says he did not plan his success in the film and television industry as it was something that he did not think of growing up in the dusty streets of Khubetsoana South Easterly of the Berea district where his parents relocated to when he was 8 years old.

“I cannot say I have always known that I wanted to be an actor or in the film and television space but I can say it was something that had always been at the back of my mind as I saw people strut their stuff on tv.

“Even my first role, was not planned because when it happened it was random that the producers of the Forgotten Kingdom hosted auditions in my school for the role of Tau and fortunately I got the role which I will forever be grateful for,” Ntsane said.

The 23-year-old, who begun his educational journey in Western Maseru at the Hoohlo Primary School before completing his secondary school education at Methodist High School, read for a BA Drama in Theatre and Linguistics at the National University of Lesotho (NUL).

The Tau role in the Forgotten Kingdom which came as a kind of brush with fate when auditions were held at his primary school in 2011, marked the beginning of an illustrious acting career for the already-decorated young actor.

He says he was gunning for the role together with his other friend who was also his fellow amateur actor in the school theatre.

“I cannot say the competition was tough, we were just so excited to audition,” he recalls. “Ever since ‘The Forgotten Kingdom’ I have received love and recognition from a lot of people, a lot of people tell me the reason they loved my role is because they were able to relate to the storyline.

“The Forgotten Kingdom’ has really put me at the next level of acting, I am at a level where I can say I have potential in acting and the hunger, for it has seen me land a few more roles such as in the tv series Bophelo and the short film Molamu.

He currently plays the role of Khotso on the Mzazi Magic’s short film Molamu which premiered in November 2021. Khotso is friend to Khopolang who is a childhood friend who recently returned home to Qwaqwa from abroad and now they have to reconnect and rebuild their friendship again.

Besides ‘The Forgotten Kingdom’, ‘Bophelo’ and ‘Molamu’, Lebohang has done a couple of short films like ‘Laisuotuo’ (Mandarin for Lesotho) – a poignant short film about Chinese in Africa and Africans in China – and supported through the China/Lesotho relationship, Kabelo & Sam as well as television and radio commercials for some NGOs.

He says at the moment there is not much in the pipeline for him as he does not like predicting much about the future.

“I usually don’t like working with expectations because that leads to pressure so I leave everything in God’s hands,” he stated.

Seeing him on the screens doing what he does best which is acting, a lot of people can mistake him for a loud and outgoing person but he says one thing people do not know about him is that he is very reserved.

His acting highlights include scooping prestigious international awards for his role of Tau in ‘The Forgotten Kingdom’ such as one at the John Paul II International Film festival in Miami, USA and another at the African Movie Academy Awards – both in 2014. 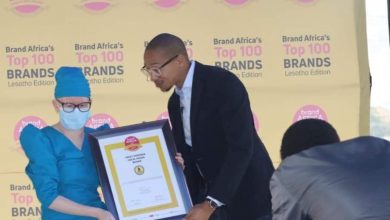 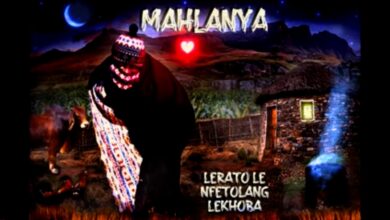 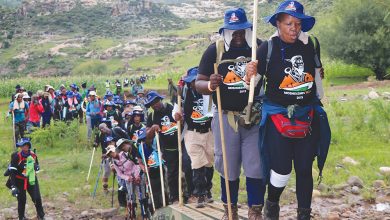 15 years of walking in Moshoeshoe’s footsteps