Elsewhere in this issue we encounter heart-wrenching news of a group of street vendors who probably faced a hard time trying to lock their lashes together in slumber last night because of worrying.

This will likely have been because their heads were spinning non-stop all-night as they try figure out how they are going to navigate life because their businesses have been shuttered in one thud!

This a group of street vendors who have been thrown in the wind after their property was haphazardly scattered all over the street in the Maseru city bus stop area on Wednesday without warning.

Newsday established that the vendors who ply their trade outside the Fairways Mall, owned by the Lesotho Evangelical Church in Southern Africa (LECSA) had their small business sheds and tables taken away by a truck.

The hostile takeover is said to have been necessitated by the wails of some foreign (mostly Asians-Chinese) proprietors to the landlord (the Church) about the invasion of the space by street vendors whom they are said to have alleged pitch their shacks in front of their businesses thus obscuring view of these shops whose owners pay rent and taxes. They are said to have even claimed that the vendors were now even selling products similar to theirs thus beating them at business.

This publication heard accounts of the merchants who said they had woken up expecting the day to start as a normal business day wherein they could sell their products, but to their dismay found their shacks ripped to shreds.

The incident though not really a rarity in the capital Maseru in latter times is epitome of a rather complex situation wherein the local citizen is neglected over the foreign investor and in particular the Chinese descendent.

It is a situation of skewed priorities where life’s value is gauged by the size and depth of the purse rather than valuing the life of the native dweller.

It is alleged that the owners of the property around which the informal structures were erected moved with the speed of lightning to remove the self-placed intruders from their property as soon as they received word about the whimpers of the foreigners.

Needless to say, the vendors’ businesses would have been in bad state in terms of organizing as they were obviously informal structures that seemed to have erupted like mushrooms.

The big question, crying for an answer however, is what is to become of these men and women, most of whom are breadwinners who eke out a living from the informal trade financing their lives, paying rent, school fees and buying food to feed their families.

Being responsible citizens they surely did not just wake up one day and started selling on those parts, as they form part of droves of applicants for informal trade licenses that take forever to come out. Now with their eviction, comes the threat of increased criminal statistics in the various residentials around the country, induced by hunger and strife. 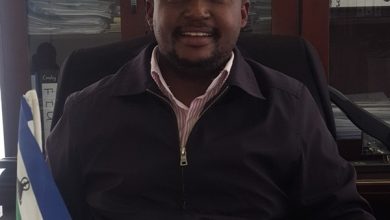 Basotho their own worst enemies 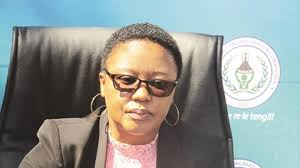 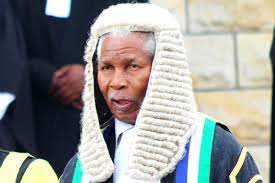