With the endAIDS by 2020 campaign nearing its deadline, Liako Serobanyane, a mentor mother for “mothers2mothers” a PEPFAR funded teenage mothers’ program in the Mohales’ Hoek district, pointed out that there is still a lot to be done in Lesotho to end the AIDS epidemic.

She said this during the US President’s Emergency Plan for Aids Relief PEPFAR “Champions’ Documentary” launch highlighting the work of 10 Basotho champions whose stories of hope present how the PEPFAR program has transformed HIV response in Lesotho over the past decade.

“Undeniably, important milestones have been achieved in the race to end AIDS across the country. We have a role to play and make sure that we do not backslide on the progress achieved. We have witnessed how various programs supported by PEPFAR in collaboration with the Ministry of Health and other implementing partners have gone a long way in saving lives. We, as the champions, are a true reflection of the successful work that has been done,’’ Serobanyane said.

She pleaded with all stakeholders that, as all celebrate the eminent victory, no one should be left behind, because “with genuine commitment and dedication Lesotho will meet the UNAIDS 90-90-90 targets. We cannot allow babies to be born with HIV, when there is in place interventions like the Prevention of Mother To Child Transmission (PMTCT) to curb the transmission.”

“PrEP has been made available to reduce chances of new HIV infections for key populations, including adolescent girls and young women. Male and youth friendly health facilities are being rolled out across Lesotho to bring health services to these groups,” she said.

“My humble plea is that, as we celebrate this success, let us also make sure that no one is left behind in this race. December 2020 is just around the corner. But with genuine commitment and dedication, Lesotho will meet the UNAIDS 90 90 90 targets.”

She indicated what kills HIV positive people is not the virus but the stigma around it.

“It is stigma that kills…. not HIV. We have the drugs for it. We can live a long healthy life with treatment, but what kills is the stigma and discrimination. Because it is then that people don’t want to be tested or want to take ARVs. Help us break this barrier.

Investigate and report on the challenges facing people living with HIV are faced. Report on the inefficiencies impacting the effective delivery of health and HIV-related services to those who need them most. Help amplify new innovations. Celebrate Basotho who are doing the hard work to end AIDS in this country. Basotho must know about U=U. Undetectable equals Untransmittable. Scientific evidence has demonstrated that HIV treatment is highly effective in reducing the transmission of HIV, the evidence is now clear that people living with HIV with an undetectable viral load cannot transmit HIV sexually,” she said.

“The long-standing leadership of U.S.A government towards addressing the HIV and AIDS epidemic together with their unwavering commitment to support counties like Lesotho in the control of the epidemic is praiseworthy,” her Majesty, Queen ‘Masenate Mohato Seeiso said.

Her Majesty cautioned that that the USA as a country strives to make sure that every Dollar and every Loti invested, achieves the greatest impact towards those in need.

In her remarks Ambassador of the United States of America to Lesotho, Rebecca Gonzales, said; “the United States, through PEPFAR remains committed to help Lesotho during this important period when we have all set our sights on achieving HIV/AIDS epidemic control. At this moment we are pushing forward with incredible urgency to reach this goal by 2020. We measure our progress in running this race by UNAIDS 90-90-90 targets.’’

She added, “If you ask me whether attitudes can really be changed, if services really can be accessible to all, my response is an emphatic YES. As evidence, I give you the stories you just saw of our 10 PEPFAR Lesotho champions. They are the proof that a different attitude, a different future is possible for Lesotho.

“To get there, we need men like Ntate Thomas Monese and Kananelo Khalla. Ntate Monese contracted the virus in the early 90’s. He enrolled on treatment after he got very sick and learned that he had AIDS. He is an example to men that if you step up, know your status, and adhere to treatment if diagnosed positive, you can live a long, healthy life. Take Kananelo, such a handsome and healthy young man, no one can tell by looking at him that he has been living with HIV since birth. Kananelo is not here tonight because he is in the United States, participating in a communities of faith event with PEPFAR and UNAIDS on the side-lines of the UN General Assembly. These men are stepping up as champions.

“To reach our goal, we need to step up and acknowledge that girls and young women face the heaviest burden in this epidemic. HIV prevalence is four times higher among females age 20-24 compared to their male counterparts. In fact, a quarter of all new infections occur among adolescent girls and young women. These statistics are profoundly troubling to me, as I know they are to you. These statistics must be our call to action. We need to step up on behalf of these girls.

“In the film, you met our DREAMS champion, Nthabeleng from TY. You know, I have such a soft spot for the young women who participate in the DREAMS program. They are so inspiring and I am so proud of them,” the Ambassador indicated that all the champions have powerful stories and could tell you how the stigma and discrimination contributed to their struggle.

“This is one area where I feel all of us in this room can make a tremendous difference in changing the narrative and encouraging honest conversations around HIV/AIDS. With this END AIDS campaign and with the collaboration of our champions, we choose to be bold and to attack these issues head on,” she said.

She added, “We are asking people to Be Aware of their risk, know their status, and learn about prevention. We want people to Be Honest with their partners, families, and healthcare workers so that we can target HIV testing services to those most at risk, especially men and youth. We want people to Be Accountable and adhere to treatment, because in doing so, they can reduce the risk of transmitting to partners. Remember, U=U! Undetectable equals untransmittable.

In this way, each and every Mosotho man and woman, every girl and boy, can take an active role in building a healthier, more stable, and more prosperous future for this beautiful nation.

Since 2007, the U.S government through PEPFAR has provided more than 6 billion maloti to the bilateral HIV/AIDS response in Lesotho. These investments have translated into treatment for nearly 225,000 people living with HIV/AIDS, providing voluntary medical male circumcision for close to 215,000 men, and prophylaxis for 85, 000 pregnant women to ensure babies born to HIV positive mothers entre the world HIV-free.

90-90-90 is a concept that 90 percent of people living with HIV should know their status, while 90 percent of these should be on Anti Retro Viral ARV treatment. On the other hand, 90 percent of those on ARVs should reach viral suppression. 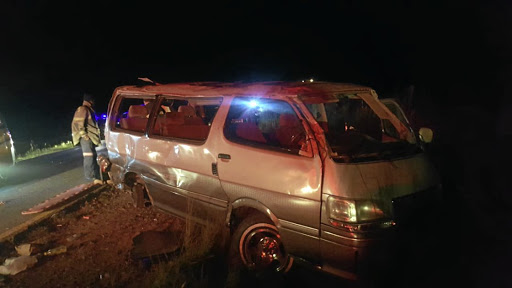