The neck-clawing scuffle that has been ongoing for almost a year now between Hoohlo and Board of Directors has elevated with the Board snubbing the court’s Deputy President M.Keta’s order of June 23, 2021 to reinstate the latter from his suspension and restore a part of his salary that was cut during the period of his suspension.

In his court papers, Hoohlo sought to be given a leave in order to attend to his chronic disease. Hoohlo was admitted at Medi clinic in Bloemfontein last week on the eve of his disciplinary hearing.

Hoohlo’s legal counsel Attorney Pheello Masoabi told this publication that Wasco did not reimburse him despite the granted court order which amounts to contempt of court, but instead appealed the order.

“I sued them for contempt of court for failing to comply with the court’s order. I also applied that he should be reinstated that his suspension be cancelled,” he said.

The order dated June 23 reads that, “The Rules of Court relating to periods and modes of services dispensed with on grounds of urgency pending finalisation of the matter. The first and second respondents (Board of Directors of Wasco and Wasco respectively) to restore to applicant forthwith his monthly salary which were cut by the respondents pending finalisation hereof, the first respondent be interdicted and or restrained from suspending applicant from position as Chief Executive of the second respondent,” the ruling reads.

Hoohlo initially cried that his…  “Monthly salary of June 2021 has been cut unilaterally by the respondents without giving him a hearing. Applicant is under doctor’s treatment in Johannesburg and therefore has to pay for all treatment related costs (consultation levies, accommodation etc.) and monthly medical aid contributions.

“Applicant has family obligations to pay mortgage, school fees and subsistence allowances for the extended family which he supports; applicant was not given a hearing when his salary was cut.

“Applicant is apprehensive that he will suffer irreparable harm if the interim relief is not granted. The balance of convenience favours the granting of interim interdict and the applicant has no other satisfactory remedy and the accompanying affidavit of Futho Hoohlo will be used in support of this application,” the affidavit reads.

“The first respondent be interdicted and or restrained from harassing applicant by issuing letters of suspension. That prayer two and three operate with immediate effect as interim Court order, that the respondents pay costs only in the event of opposition,” the ruling reads.

The second interim court order confining Wasco from continuing with a disciplinary hearing was later issued on July 6, 2021, but the company disputed that the underpayment of salary is supposed to be heard before Directorate of Dispute Prevention and Resolution (DDPR) and that Labour Court holds no jurisdiction to hold such case.

“The first and second respondents shall be interdicted and or be restrained from holding disciplinary hearing against applicant on July 6, 2021 to be held at 09:00 am pending finalisation of this application.

“In the event of it all, Wasco lodged an appeal that refuses to pay the remaining salary of Hoohlo. In its grounds of appeal, the sewerage company argued that the court a quo fundamentally erred in the exercising jurisdiction over the matter.

“His issue placed before the Labour Court being fundamentally underpayment of salary however phrased (restoration of salary), ought to have been conciliated upon before adjudication of the merits.

“The Court a quo made a grave and fundamental error by granting an order which bore the final effect without according the respondents in the court a quo a hearing.

To pour petrol on the burning fire, the respondents in the case sought a recusal of the judge presiding in the matter citing biasness and chances of being subjective in the matter.

“The litigation between the parties has a history from which certain events have occurred creating a clear apprehension and perception with the respondents that the Honourable Deputy President is biased against the respondents and that even a reasonable, objective and informed person would on the correct facts reasonably apprehend that the Honourable Deputy President has not and will not bring an impartial mind to bear on the adjudication of this case.

“November 14, 2020, the applicant was suspended from work by the first respondent. On or about 23 November, 2020, the applicant obtained an interim Court Order ex parte before the Honourable Deputy President against the second respondent placing in abeyance and staying his suspension pending the finalisation of his case in LC/84/20 at or around 09:00 on November 23, 2020 with the set down for 09:30 the same day when the interim Court Order was obtained.

“In the premises, the second respondent had not been afforded an opportunity to be heard in LC/84/20 when the Honourable Deputy President granted an Interim Court Order against which it had a final effect of restoring the applicant back to office while facing disciplinary investigations,” the court papers reads.

“To make matters worse, the return date in LC/84/20 was December 2020, when the applicant had been suspended from November 14, 2020 to December 12, 2020. The Honourable Court President must have clearly been aware that by the time the parties came back to argue the case on December 17, 2020, the suspension would have log ended. The suspension letter had been annexed to the applicant’s founding papers…

“There were no reasons advanced by the applicant why he approached the Honourable Court ex parte and none were furnished by the Honourable Deputy President in his judgment annexure FH5, to the founding affidavits in the main matter.  To date, the respondents are still in the dark why the Honourable Deputy President granted a prejudicial final court order on an ex parte basis, against the second respondent where the first applicant had not justified such an extra-ordinary procedure which should be rarely used.

“Shocked with the December 17, 2020 return date when the suspension was to end on December 12, 2020, the second respondent anticipated the Rule Nisi to December 7, 2020. However, the matter was not argued because the Honourable Deputy President was on leave expiring on December 22, 2020 and obviously during the Christmas holidays.

The papers continue that, “The Honourable Deputy President found for the applicant when the matter was ultimately argued on the merits. I wish to take the court into my confidence and assert that the respondents were clearly dissatisfied with the judgment but elected not to take it on appeal. In hindsight, this was not a wise decision and the events leading to the eventual finding in favour of applicant clearly gave birth to a series of prejudicial events to the second respondent which shall be articulated in the succeeding paragraphs.

“All the Honourable Deputy President could say at paragraph 18, page 11 of his Judgment regarding the interim Order that was granted ex parte was that “we will not detain ourselves with the rest of the respondent’s arguments and or submissions in motivation of the respondent’s case. Our assertion is based on the simple premise that they seek to challenge the issuance of the interim order made by this court on November 23, 2020 and ruling of this court on the point of jurisdiction.”

It further explains that Hoohlo was given a half pay because he is in the cycle of half-pay period which ended on July 1, 2021 after exceeding his 18 days of full paid sick leave entitlement.

“I duly notified the applicant on June, 18, 2021, that he had exceeded his full pay annual sick-leave entitlement of eighteen (18) days and that he was in the cycle for half pay period. The applicant has attached my letter in this regard as annexure “FH6” in his founding affidavit in the main matter. The applicant was indeed on or about June, 18, 2021 paid half salary which he earned.

“On or about June 20, 2021, I wrote another letter to the applicant informing him, amongst others, of the first respondent’s decision to extend his suspension as well as about the applicability of Section 27.7 (c) of the Human Resource Regulations 2017 on his case and that his salary was going to be computed accordingly,” the papers read, adding that it came as a shock to learn of the interim court order, ordering that the latter be paid the full salary.

“I verily aver that I was shocked to the marrow when I learnt that notwithstanding my request in annexure “FH10,” the applicant went ahead and obtained prejudicial interim court order which has a final effect ex parte against the respondents. According to the explanation which I later got, the net effect of the Interim Court Order is that the applicant salary must be restored. This is in circumstances where the applicant earned half salary which he was paid during the month of June 2021.

“The honourable Deputy President has been granting the applicant prejudicial Interim Court Orders which have final effect on an ex parte basis when there was no justification for such an extra-ordinary procedure and least of all averments in the pleadings which sustain the proposed avenue of an order being granted without the other side.

“Wherefore I pray that the application for recusal be granted with costs and the matter be heard by another presiding Deputy President in order to avoid any further prejudice which has been articulated above. Regarding the main case, it shall be argued that it is devoted of merit. The applicant wants to be paid full salary in circumstances where he earned half salary.

“The applicant’s prayers are untenable and must be dismissed as such. Recusal of the Honourable Deputy President will ensure that justice is done between the applicant and the respondents as well as to guard against a strong perception of bias which has been demonstrated in this case. 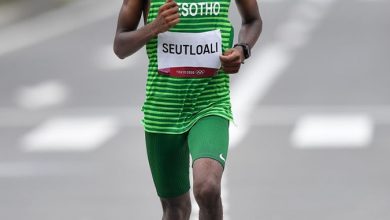 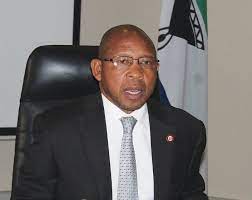 ‘We will show our support through passage of budget’ 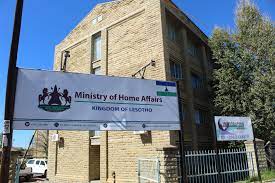 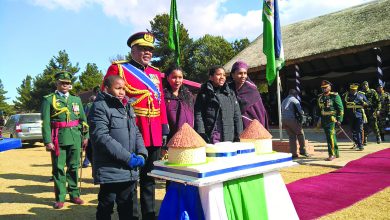