Top Lesotho weightlifter, Thapelo Sebota has been dealt a huge blow after he was declared ineligible to compete in the upcoming International Open Weightlifting Championship.

The Championship takes place this weekend starting tomorrow ending on Sunday in Mauritius.

Initially Sebota along with fellow top weightlifter Machachamise Ntšinyi were both declared as ineligible following a failure to comply with rules and regulations.

However, it was discovered on Tuesday that only one athlete failed to make the cut after being rendered ineligible for having failed to comply with international Weightlifting Federation (IWF) Anti-Doping Rules which require athletes to submit their whereabouts, training locations and addresses two months before the competition.

This was revealed in a letter by the IWF to the Lesotho Weightlifting Federation (LWF) regarding the athletes’ disqualification from the championship.

“The member federations are obliged to submit to IWF the list of athletes set to participate in IWF events, including their whereabouts, home address and training locations received from the athlete,” says the IWF in a letter signed by the Operations Director and Legal Counsel, Lilla Sagi.

The letter further stated that as a result of failure by all parties to comply, the two athletes have been disqualified.

Upon receiving the letter the LWF Secretary-General Bothobile Shebe, had earlier told this publication that the athletes had submitted the required information well on time hence she was surprised at the developments.

“The submissions were made by the athletes and we don’t understand how the IWF can say they did not get them,” she said.

She said the LWF wrote to the IWF immediately after getting their letter, making them aware of the error that could have happened since the submissions had duly been made on time.

“After we wrote to the (IWF) it was discovered by their thorough investigations that there was an oversight on their part as only one email was not delivered which was Sebotas’s while Ntšinyi’s email was submitted hence they rectified their mistake,” she said.

Due to non-compliance, Sebota is still ineligible to compete in the 2022 Mauritius International Open while his compatriot left the country on yesterday.

The disqualification is a huge blow to the athlete as he will no longer qualify for the Commonwealth Games scheduled for August in Birmingham, England.

This is not the first time Sebota misses out on the Weightlifting Championship. The duo had failed to make it to Tashkent, Uzbekistan at the back of a Covid-19 variant Omicron which had forced countries to impose travel restrictions on Southern African countries which included Lesotho. 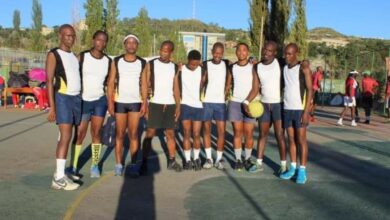 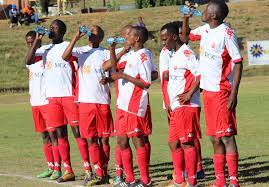 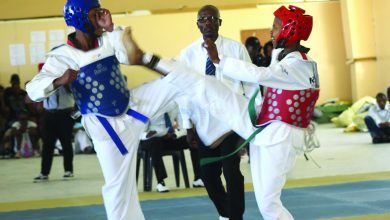