This was said by the Construction, Mining and Quarrying and Allied Workers Union (CMQ) general secretary, Robert Mokhahlane at a press conference on Wednesday.

Mokhahlane painted an overall picture of men from one of the richest countries in the world exploiting citizens of one of the poorest nations to give an impression that their country is helping a poor country.

He said it was embarrassing how Chinese companies in Lesotho were deliberately breaking laws and violating human rights with impunity.

The press conference was called to update the public on the latest developments in the construction of the 60 kilometres road from Marakabei to Monontša.

China Geo Engineering Corporation – a Chinese state-owned construction firm has been contracted to construct the road.

“We are deeply embarrassed and concerned with the conduct of Chinese companies operating in this country. Each day they seem to deliberately break the laws of this country and violate the workers’ human rights,” Mokhahlane said.

He said it was an insult to them as a workers’ union for a Mosotho worker to be harassed by Chinese and declared that such would not happen in their presence.

He also took swipe at the government accusing it of not doing much to ensure that the Chinese companies obeyed local laws and protected their workers’ rights.

While Mokhahlane’s anger seemed to be directed at China-Geo, he indicated that this did not mean that other Chinese companies were acting properly.

“Lesotho has committed to protect and respect human rights and protect the rule of law yet the rights are being violated each day and nothing is being done,” he said.

He indicated that workers working on the construction of a 91km road from Ha Mpiti to Sehlabathebe in Qacha’s Nek were also enduring appalling labour abuses. These workers, he said, faced exploitation and abuses that amount to modern-day slavery.

He said the project was marred by allegations of sex-for-jobs.

“Chinese men sexually abused women there at the site just so these women could get their contracts renewed.

“We have reported these things but nothing is being done. Instead, after the Chinese men have impregnated those women, they are helped to flee to their own country,” he said.

Workers at the Marakabei to Monontša road are currently on strike.

On July 11 this year, Principal Secretaries (PSs) of the Ministry of Labour and Ministry of Public Works, Matela Thabane and Tšepang Koele, respectively, wrote to the union and China-Geo emphasizing the importance of complying with labour standards.

The letter followed a meeting which was held at the ministry of labour regarding the workers’ strike.

“The government emphasized the importance of complying with labour standards. To this end, the employer under the supervision of the Roads Directorate was requested to ensure that the mode of transport used to transport workers meets safety standards including ensuring that, each one of them has fastened their seatbelts whilst in transit,” Thabane and Koele wrote.

“The employer should be willing to work with the union and address reasonable demands by the union that strive to improve on minimum labour standards,” they said.

The two PSs said the union was informed that the government was losing a lot of money through “this work stoppage and ultimately also failing to deliver on its objective of ensuring that road infrastructure in the area in question is developed,” they added.

They said all issues must be resolved by July 31, 2022. They still have not been resolved, according to Mokhahlane.

“We propose M8,000 per month for loader operator and excavation operator, M6,000 for the small car driver, M7,000 for truck driver singe diff and M12,000 for tipper driver double diff,” Mokhahlane wrote in a letter to China-Geo manager on July 22.

They also want the contractor to provide free meals seven days a week to all employees accommodated on site, consisting of breakfast, lunch and dinner. 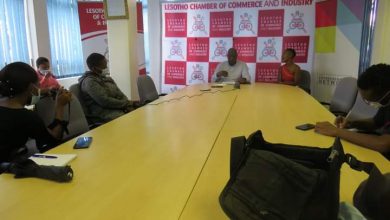 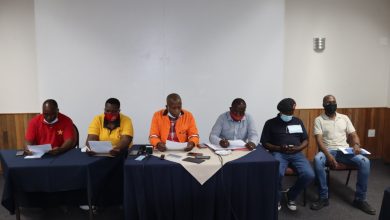 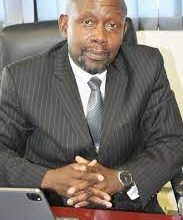 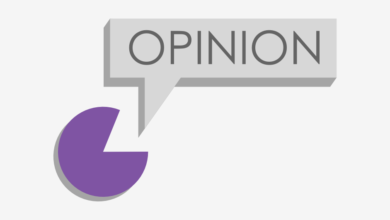 Does Lesotho need a Youth-In-service Programme??