Five community councils have agreed teamed up with the Water Minister to ensure access to clean water for communities.

Affected by the project, Lowlands Rural Water Supply and Sanitation Manonyane, Qiloane, Mohlakeng, Motanasela and Senekane have agreed to work together in making sure that their communities get clean water.

The councils have shown their commitment and asked the Ministry of Water to allow them to work with them in ensuring that water gets delivered to the consumers, while at the same time helping to solve the problems that have been brought up the existence of Metolong Dam in other villages.

Some villages in the five councils have been seen cutting Metolong water supply pipes claiming that the pipes pass through their village living them thirsty.

“We have been capacitated, and we now know our duties as councillors. We would like the ministry to let us work with them in making sure that every member of our communities get a fair share of clean and potable water,” Malitšitso Kutumela Chairperson of Mohlakeng council said during councillors meeting with the Ministry of water last week.

It is in this meeting where the water ministry showed great interest in working with the councillors in water projects.

Mokake Mojakisane commissioner of water also noted that there should be a meeting scheduled for his ministry and the council to map a way forward.

“If we start working with you now as pioneers of the partnership, it will be much easier to stretch out to other councils and districts,” Mojakisane said.

He showed that there is policy strategy which the ministry is currently using and in it clearly stipulates the role of councils.

The commissioner added that the partnership was very crucial.

“We need to get the ball rolling as soon as possible so that we can help stop vandalism of Metolong (water supply) pipes that seems to be a norm this days.

“The communities have now resorted to breaking pipes when they do not get access to Metolong water, and that is not how things should be done. We are in the process of making sure that villages and communities where Metolong pipes passes through also get clean water,” he said.

Councillors believe that knowing their duties in different ministries would help their performance and enhance their knowledge of what is expected of them in their communities while in turn drive towards improved service delivery in communities.

They raised an issue of a need for decentralisation to enhance their daily work.

Meanwhile, director at Pitsong Institute of Implementation and Research Mpopo Tšoele indicated that it was not an easy journey in explaining clearly the roles of councillor in the ministry of water.

He noted that they councillors indicated that despite being showed their duties, they are always faced with restrictions in adequately execution of their responsibilities.

He advised the ministry to jump on the opportunity with the available resources.

He also mentioned that after capacitating the councillors they will go down to the communities and let them know about their role and responsibilities in the water sector. 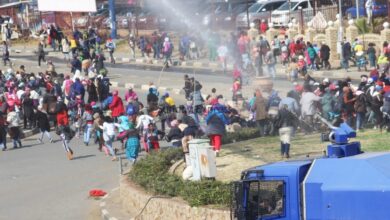 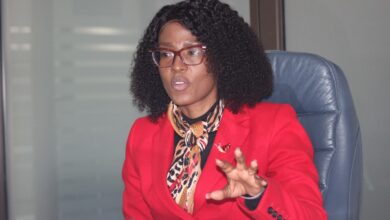 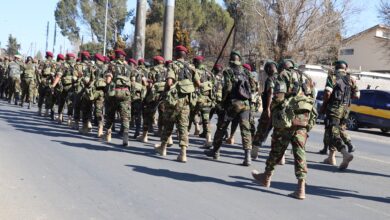 Over M25 million suit to LDF for murder, torture